skip to main | skip to sidebar

32 weeks and a random update

Well, I am officially 33 weeks as of Friday, but I am a week behind in posting this!  This photo was taken at 32 weeks.  I can't believe I only have 7 weeks left.  Time has just flown by with this pregnancy. I am trying to enjoy every minute of it... but I have to admit, it is harder to enjoy as each day passes!  Ha! 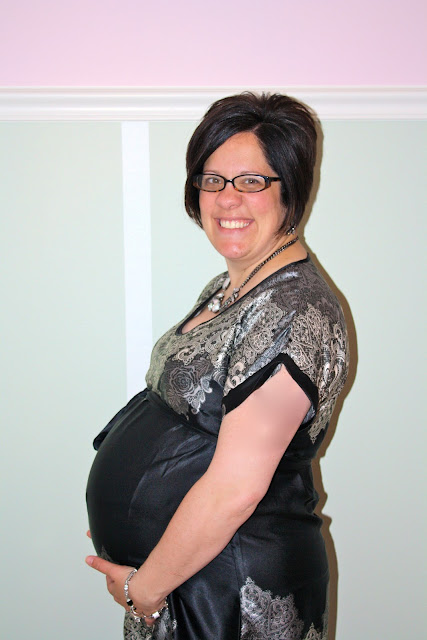 At 31 weeks we had a slight scare.  I ended up having contractions and was in the hospital overnight, hooked up to IV fluids and getting a shot to stop the contractions.  Apparently I was dehydrated, which can cause contractions (this was news to me!)  I am not a water drinker.  I try so hard, especially when I am pregnant, but I just wasn't thinking and let myself go a couple of days with not much water.  I am thinking that is the cause.  Of course at the time I had no idea the reason, and I thought for sure baby girl was coming to meet us!  I grabbed the camera on the way out the door and I told Craig I'm not making that mistake twice!  Ha! (We never had a camera for Andrew's birth until the day after, since he came so unexpectedly.)
They wanted to monitor me a little more closely, especially since I was this far along with Andrew when he stopped growing (30 weeks).  My fluid was low and my placenta was bad (the doctor said it looked 3 weeks overdue!)  This whole pregnancy I have been worried about those things, and so I am relieved they are keeping a close eye on it.  It is such a relief to know that things are looking fine this time around.  I just had an ultrasound again on Tuesday (15 days later than the last one!) and she has already grown to 4lbs 12oz.  She already weighs more than her brother weighed when he was born!  It is so crazy to me to think of that.  I am just so relieved and grateful that she is growing and doing well.  I am feeling much better, and have been drinking so much water I feel like I could float away!  Ha!
Random pregnancy thoughts:
1.  I can no longer see my feet when I look down.
2.  Craig had to help me buckle my shoes the other morning because I couldn't reach them.  Nice.  Next it'll be helping me shave my legs!  Ha!
3.  Andrew calls baby his "tiny little baby sister" and loves to pat my belly and hug her.  Melts my heart.
4.  It is much harder this time around, keeping up with a very busy toddler while being pregnant!  I never sit down until Andrew goes to bed.  I'm exhausted!
5.  Walking up the stairs is like an aerobic workout.  I scope out elevators!
6.  Baby is settled right against my bladder and kicks it all day.  I pretty much use the bathroom at least 20 times a day, and the minute I am done...I have to go again.  (Sorry if that's TMI!)
7.  I am IN LOVE with this girl's nursery.  We are putting finishing touches on it, but I can't walk by it without going in and just smiling.  It is so soft and cozy.  One of my favorite rooms in our house!
8.  We still have so much to do to prepare.  I am starting a list of things we still need, and praying we get it in time before she arrives!  I am not holding out hope that she'll make it much past June!  I guess I'm used to early babies, but maybe she'll surprise me!
9.  She loves to kick and move around at night.  Once I'm sitting down and relaxing, that is when I can feel her the most.  And I can see my belly move with her movements, and I love it!
10.  I'm hot.  All the time.  (And it's not even summer yet!)
So I am just counting down the days for school to be out so I can get going on finishing up those last minute things that need to get done.  Craig's agenda for the week is to get her closet system put in.  The girl is going to need maximum space!  I could just die looking at all the adorable girl clothes.  I can hardly stand it!  I think Craig is getting nervous for me to be done with school... It'll certainly free up my shopping time!  Ha! 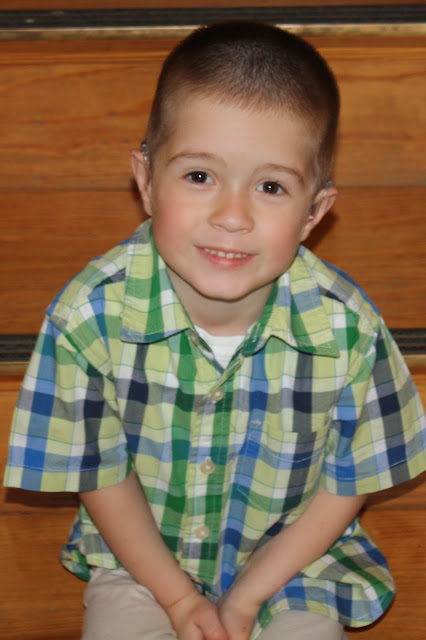 As for big brother... he is growing and learning new things every day.  And keeping us on our toes!  I have to share this story so that I can always remember it...
So the other evening when we were grilling at my mom's, Andrew's nose was runny so we were helping him blow it.  When we squeezed the right side, he would scream and have a fit.  Normally he is really good about blowing his nose.  We just went on and didn't think much of it.  For the next several days, every time we would blow his nose, he would cry and cry when we squeezed that side.  We tried looking up his nostril and saw nothing, so we just figured he had scratched the inside with his fingernail or something.  It even crossed my mind to put some neosporin on a q-tip and shove it up there!  Craig thought I shouldn't do that, so I waited another day.  I was going to call the doctor if it wasn't better soon...
So, one evening recently (about 6 days after the initial onset of symptoms!) I squeezed the left side and made him blow his nose super hard.  I almost had a heart attack when this came flying out of it: 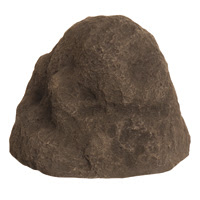 (Ok, so this isn't the real one, but I had to illustrate somehow!  I think Craig would have died if I'd have gotten out the camera and taken a picture of it, fresh out of his nose!  ha!)  But yes.  That would be a rock.  And it wasn't any too small, either!  I could not believe that my kid stuck a rock up his nose.  And let it stay there for over a week.  I am still shaking my head over that one!  That's our Andrew!  Ha! 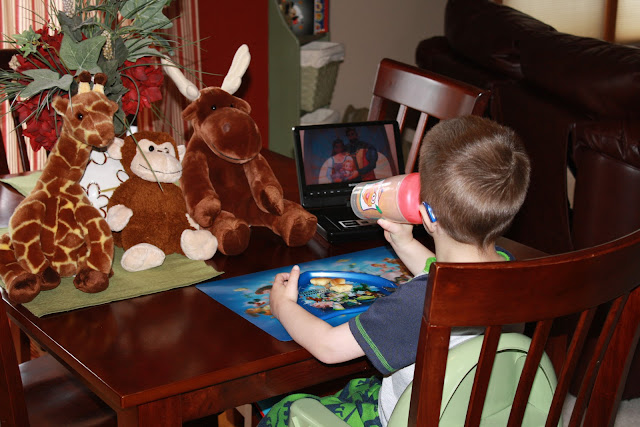 One Saturday morning my awesome hubby let me sleep in (well, he lets me most every Saturday... aren't I lucky??)  When I came downstairs this is what I saw.  Just eating his pancakes with his stuffed animal friends watching him, complete with his portable DVD player!  Ha!  I just had to crack up.  It sure put a smile on my face first thing in the morning! 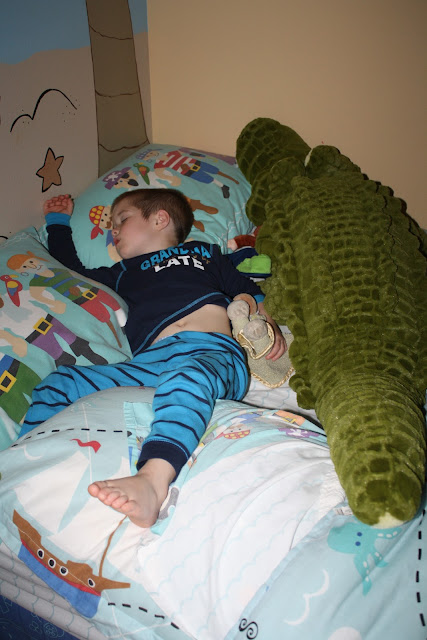 I hadn't taken a sleeping picture of him in such a long time.  He is not the deepest sleeper, and he'll open his eyes and look at me if I even just check on him before I go to bed!  So I try not to disturb him too often!  Plus, he's staying in his own bed (on his own...no prizes!) and I certainly don't want to wake him up and start the old pattern of him insisting on coming in our bed!  But this night he looked so funny, I couldn't resist.  He was totally wiped out from playing outside past his bedtime.  He grabbed some random things (his giant alligator for one) to join him, and he barely fit in the bed!  Ha! 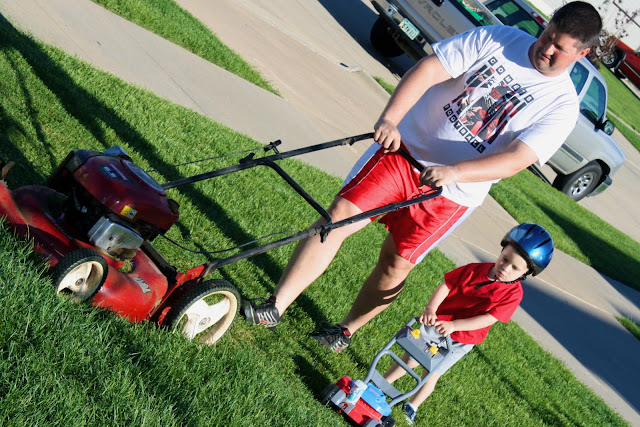 The other night daddy was mowing the lawn.  Andrew was playing outside as usual, and had his helmet on because he was on his bike.  But when he saw daddy, he grabbed his mower and wanted to "help!" 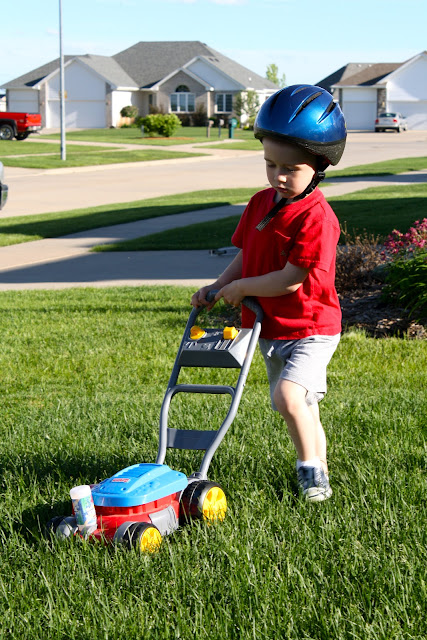 Yeah, he didn't want to take the helmet off.  It was pretty stinkin funny, and the neighbors got a laugh too! 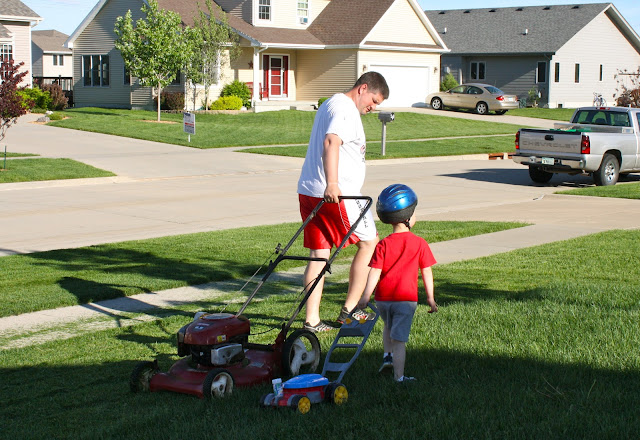 He worked with daddy for quite a long time, and had to do exactly what he did.  I love how Craig is pulling the mower here, and so Andrew turned around to pull his too!  Ha!  Like father like son (in more ways than one!) 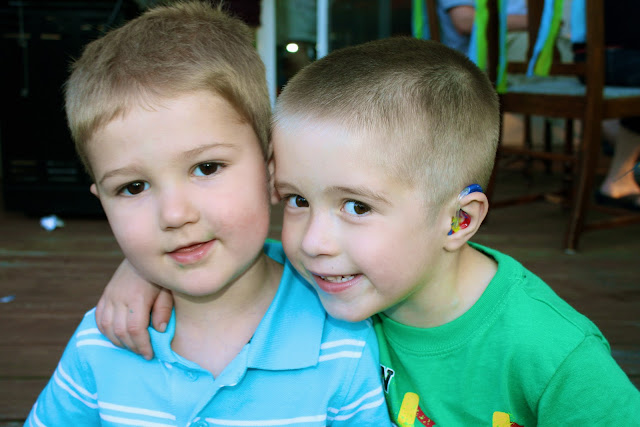 Last weekend we went to cousin Jayden's 3rd birthday party.  He had a "How to Train Your Dragon" party, which Andrew thought was just the coolest.  He wanted to go the second we opened the invitation in the mail!  Ha!  It was hard to hold him off for a couple of weeks! 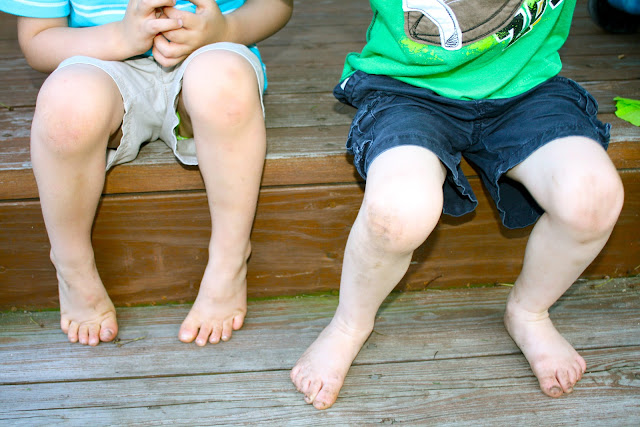 Look at those filthy little toes (and legs!)  They played in the backyard most of the evening, and of course they had to take their shoes off!  Lucky for us, it had rained the night before so everything was nice and muddy!  Boys will be boys! 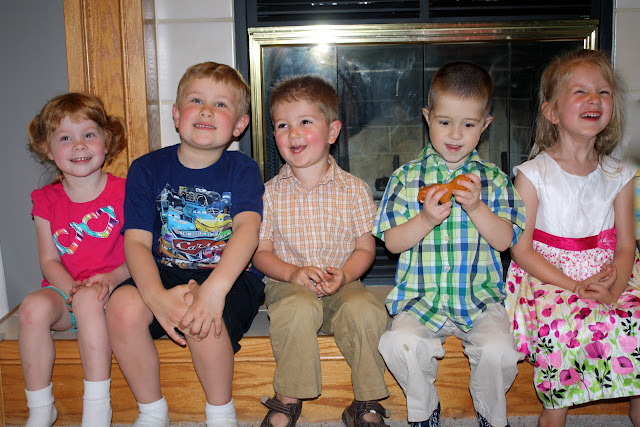 All of the Huegel cousins were there.  This picture is missing baby Abby, because she was sleeping and we had to head out to another party.  It is rare to get all 6 cousins in a photo together!  And do you see Andrew's latest "prize?"  Diego from Ice Age (he got that one for being quiet in church!  Ha!)  The look on his face is pretty classic. 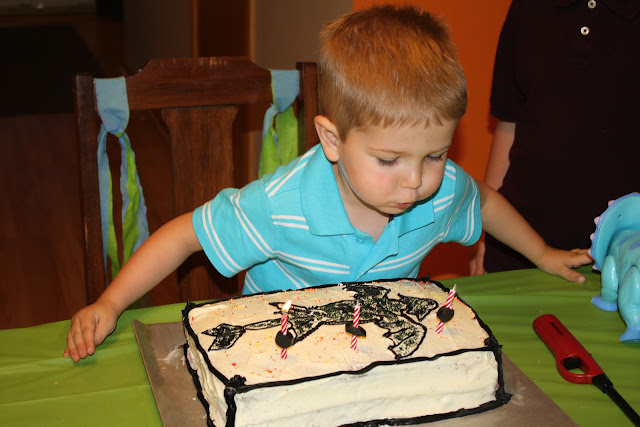 Andrew was obsessed with this dragon cake!  We all had a great time together!  Happy birthday little buddy!  We love you! 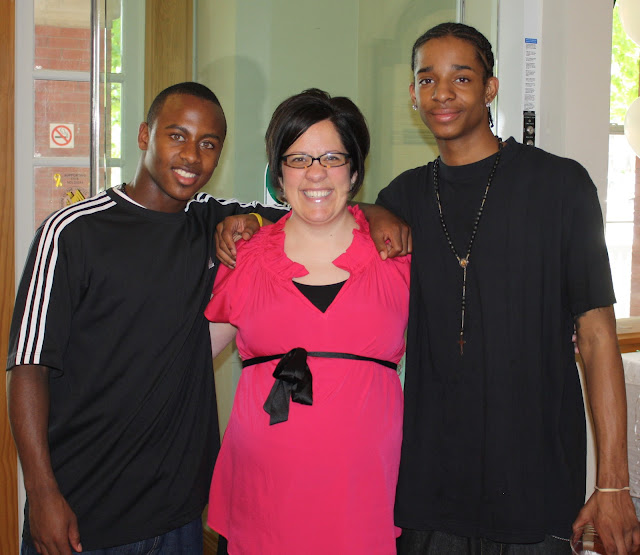 And I just have to share this...because I just can't believe it (and it just proves how old I am!  Ha!)  After Jayden's party we had to head out because I was invited to a graduation party for one of my very special old students!  I taught both of these boys my very first year of teaching, in FIRST GRADE!!  Can you believe that?  Look how huge they are!  They were just the sweetest boys and I have never forgotten them.  I cannot get over the fact that my very first class of students are now graduating.  Reed (on my right) was having the party.  I also taught his younger brother, and their mom was my high risk OB when I was pregnant with Andrew.  She is the doctor who delivered the septuplets here near Des Moines almost 13 years ago.  They are the most wonderful family and I have kept in touch with them over the years.  When we found out about Andrew's heart, I immediately called Dr. Mahone and she took me as a patient right away and even prayed with me over the phone.  She is one of the most special people I have ever known.
We are heading to the lake this weekend to celebrate Memorial Day!  I can't wait to get the boat out for the first time this season!  Hope you all have a great holiday weekend! 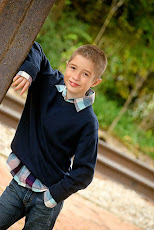 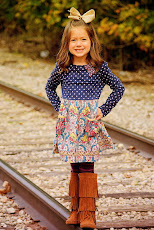 I am the proud mommy to my amazing 9 year old little monkey, Andrew, and beautiful four year old daughter, Kerigan. I love blogging about the adventures of our journey as a "heart" family. The ride may contain some bumps along the way, but we choose to focus on the day to day life of our little monkeys and celebrate the blessings that have been poured down upon us! Click the photo above to view my complete profile and read more about Andrew's special heart. 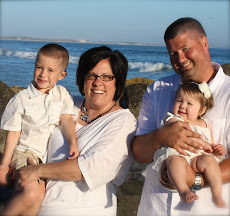 My Letter for Andrew 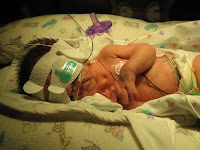 Letters of Hope for Broken Hearts

Our story from the beginning.....

Visits from my friends